David Herron April 3, 2014 April 3, 2014Mission Motors, Mugen, TT Zero
It pays to carefully study the sponsor graphics when a team releases specs on their new bike, eh?  When you don’t you tend to miss big pieces of news – such as Mission Motors supplying drive train parts to Team Mugen.  And it turns out that the 2013 Mugen Shinden also had Mission Motors parts.

, and while I reposted the pictures I didn’t study them closely.  However my colleagues at Moto Elettricheblog did, and posted this picture showing Mission Motors as one of the sponsors. 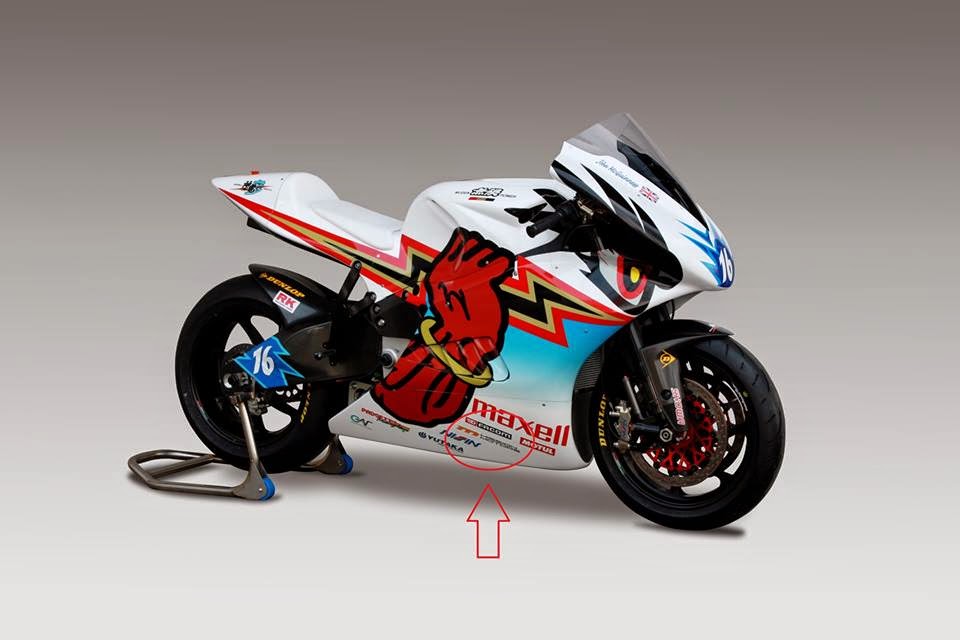 In the facebook conversation that ensued, Kyle Givanen (of the OSU Buckeye Electric Motorcycle Race team) says that at the 2013 TT ZERO he had been invited into the Mugen paddock and saw a Mission Motors MC600 controller sporting Mission Motors logos on the 2013 SHINDEN.

If we zoom in on the sponsors: 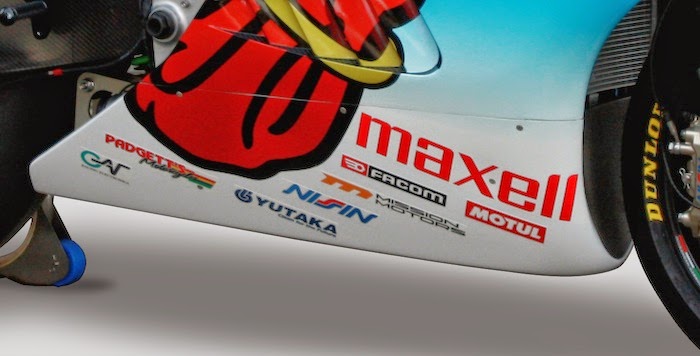 Nothing else is a surprise.  Maxell is Mugen’s cell supplier.

Mission Motors and Mission Motorcycles are two separate companies.  The latter is working to commercialize the Mission R design that Mission Motors has used as their testing mule.  Mission Motors began almost a decade ago with the goal of becoming the Tesla of Electric Motorcycles, but later refocused on developing and selling high performance electric vehicle drive train components.

In fitting with the theory that Mugen is acting on Honda’s behalf, we do see that Mission Motors and Honda have a history of working together.   At the 25 Hours of Thunderhill endurance race in 2010, the Honda CR-Z ran with MissionEVT components, according to a report on Asphalt & Rubber

Mission Motors has long been extremely tight-lipped about their customer list for drive train components.  That the company is still in business indicates they do have some customers, but the company is extremely quiet and rarely issues press releases at all.

which reads as follows.

Mission Motors, a developer of cutting-edge electric vehicle technology, has been named a supplier and sponsor of Team MUGEN SHINDEN SAN superbike for the 2014 Isle of Man TT Zero Challenge.

“Mission has an active motorsports program, with projects in both hybrid and electric racing,” said Mission Motors CEO, Derek Kaufman. “We are honored to be a marquis supplier and sponsor to Team MUGEN Shinden as they look to eclipse last year’s records.”

Mission is a leading specialist in electric powertrain innovation, working with many major vehicle manufacturers on all aspects of HEV/EV powertrain technology. Mission’s project team employed this expertise to support Team MUGEN Shinden during engineering design and development activities. “We are introducing some exciting new technology for the MUGEN SHINDEN SAN race bikes,” said Mission’s Director of Powertrain Systems Engineering, Mark Sherwood. “Our engineers have worked alongside Team MUGEN Shinden to learn from their race data. For the 2014 Isle of Man TT, we have engaged in rapid new product development that truly raises the bar for electric motorcycles on and off the racetrack.”

With initial integration work now completed, track testing will continue through the spring. Mission is confident that Team MUGEN Shinden has what it takes to capture their first TT Zero victory and a new lap record.