David Herron September 16, 2012 September 16, 2012Endurance Racing, FIA World Endurance Championship, Hybrids, Toyota TS030
Toyota Hybrid Racing has racked up the teams first win in the FIA World Endurance Championship race, the 6 Hours of Sao Paulo, this weekend.  The win was with the TS030 Hybrid race car, a car that has been in only 3 races so far, and which already won a podium position at the WEC race at Silverstone, and now a first place finish at Sao Paulo.  In second place was another hybrid race car, an Audi R18 e-tron quattro. 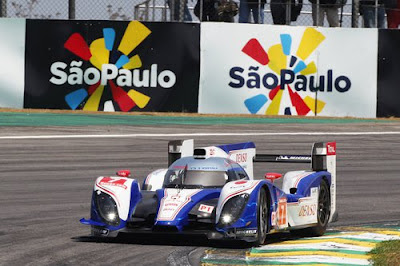 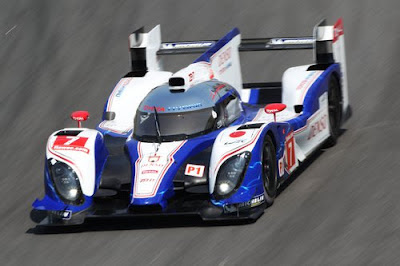 This race marks the first time a supercapacitor based system has earned pole position, or won, in a major international race.  This also marks the first win for Toyota, in an FIA World Championship race, since the 1999 Rally of China. 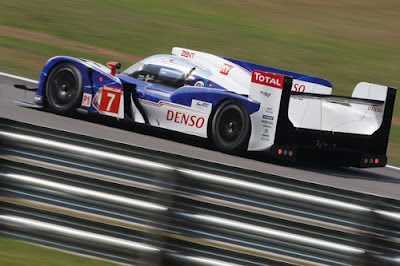 The Toyota team led for the whole race (except for a brief period during a pit stop) eventually extending the lead to just over a minute.   Alex Wurz: “I am proud to be a TOYOTA driver. TOYOTA has developed this incredible hybrid technology and I think we have shown it today. Our TOYOTA HYBRID System – Racing has been simply outstanding. I like Interlagos, a circuit that is really special for me, so it is a great feeling to win here with TOYOTA Racing in only our third race. Thank you to all the team and Nico for their great job. It was not easy and we pushed like crazy. The key was certainly the tyre management and we were able to make the difference in the second stint thanks to our Michelin tyres. Kinoshita san said at Le Mans “you watch, we push”. We will continue in this way during the following races.”  Nicolas Lapierre: “This is a fantastic win for all the team. Since the beginning, we know we have a fast car. After leading at Le Mans we had to work on the reliability. After the podium at Silverstone we had to improve our fuel consumption. We made it. All the team has worked really well since the beginning of the project and this weekend also. Alex did a wonderful job in qualifying to get the pole and during the race we managed the tyres well. The car was handling very well throughout the whole day and the hybrid system gave us again an incredible performance. It is simply wonderful!” 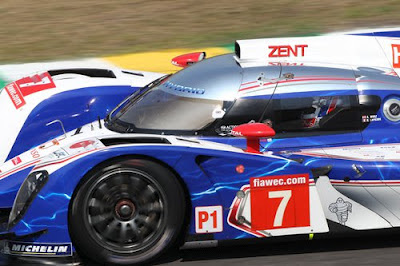 Audi has not released any news about this race yet.  These quotes come from the FIA WEC race report:  2nd – Benoit Treluyer, nr1 Audi Sport Team Joest Audi R18 e-tron quattro “Honestly I wasn ‘t truly surprised from the beginning, but I was surprised by the tyre degradation. I think we weren’t on the right pressure and that was why I suffered a little bit in the second stint. Unfortunately the safety car didn’t help us either. Anyway we had a good fight with the Toyota and with Alan and we are going to be ready for Bahrain. The race in Silverstone was on our side and the race here was more on their side and Toyota deserve to win this race, they did a great job.” 2nd – Marcel Fassler, nr1 Audi Sport Team Joest Audi R18 e-tron quattro “First of all I’d like to congratulate Toyota on their win today; it was a really strong performance. The second place is good for the driver championship, which gives us three extra points and this is our main goal for the season. As a driver we all want to win, we can’t be happy to be runner up but today we just didn’t have the performance. I struggled a bit in my second stint with tyre degradation, so it just wasn’t possible.” 2nd – Andre Lotterer, nr1 Audi Sport Team Joest Audi R18 e-tron quattro “Congratulations to Toyota and the only reaction we can do is drive faster and try to beat them now. They have increased their speed a lot and on high down force tracks, their rear wing helps as well. For sure we weren’t in ideal conditions with our tyres but we collected a lot of data here and we have a chance to improve. We had a good fight with our sister car and I’m pleased we could stay ahead of them.”

, Victory in Brazil for TOYOTA Racing