David Herron June 29, 2012 June 29, 2012Audi, Nürburgring
Audi is the latest automaker to set an electric car lap speed record at the Nürburgring.  This week the company brought a pair of Audi R8 e-tron’s to the fabled 20.8-kilometer (12.92-mile) race track to have a go at the lap record for series production electric cars.  They achieved success with a 8:09.099 minutes lap time.

Following the lap record of 8:09.099 minutes, driver Markus Winkelhock took out a second R8 e-tron onto the Nordschleife, this one was limited to a 200 km/hr speed, and took two hot laps. The 8:30.873 and 8:26.096 minutes lap times were meant to “underscore the production-relevance of the R8 e-tron and the capability of its drive technology.” 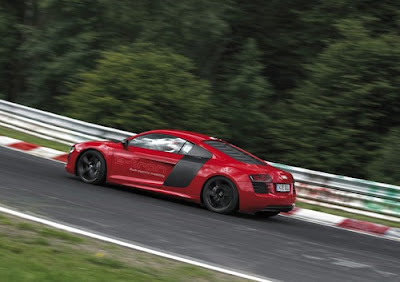 “The R8 e-tron has given a magnificent demonstration of its potential on the toughest race track in the world,” said Michael Dick, AUDI AG Board Member for Technical Development. Dick, who completed a fast lap himself in the R8 e-tron, added: “The record-setting drive confirmed that we are on the right track. To us, electric mobility has never been about sacrifice, but rather is about emotion, sportiness and driving pleasure.”

But, the electric R8 e-tron is not in production as an electric car?  That’s true, however the gasoline powered R8 is in production, and the electric R8 e-tron is slated to go on sale at the end of 2012.  Further, Audi says the drive train used for this lap record is the same as will be on the production version.  It has two electric motors, each generating an output of 280 kW and 820 Nm of torque. This gives the R8 e-tron a 0-62.14 mph (100kph) time of just 4.6 seconds. Top speed is normally limited to 200 kph (124.27 mph), and a 250 km/h (155.34 mph) limit was approved for the record-setting lap. It carries a lithium-ion battery pack with 49 kilowatt-hours of capacity, which Audi claims will give a 215 kilometers (133.59 miles) driving range, but the company does not specify the test protocol behind that range claim. The battery pack is in a T shape, allowing it to fit into the central tunnel, and behind the passenger compartment. The car body is primarily made of aluminum along with carbon-fiber-reinforced-plastics (CFRP) giving it a weight of just 1,780 kilograms (3,924.23 lb), despite the large battery pack.

A curious little detail I noticed in the pictures below.  That is the charging port uses a Yazaki charging connector of the same style used for CHADEMO electric car fast charging systems

.  Audi is one of the 8 companies signing onto the SAE fast charging standard, making it odd that they would use a CHADEMO connector to charge the car.  Plausibly, Audi went with a CHADEMO off-board charger to a) save weight, b) for pragmatism because it is the only available electric car fast charging system on the market today. 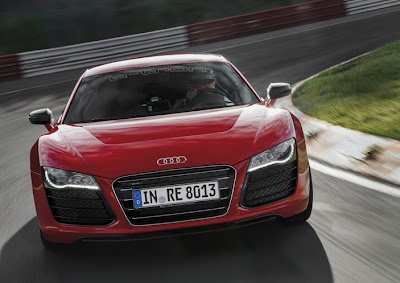 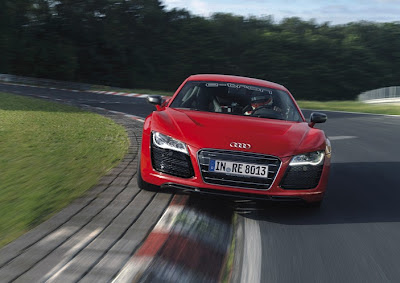 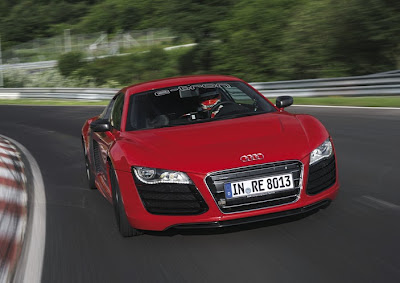 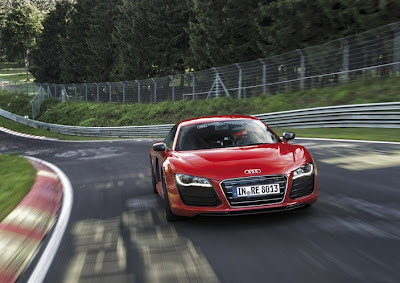 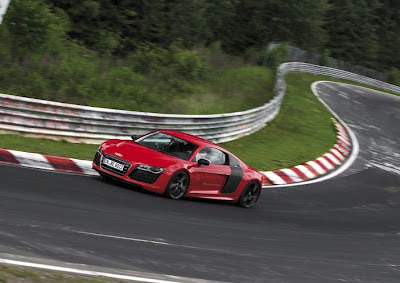 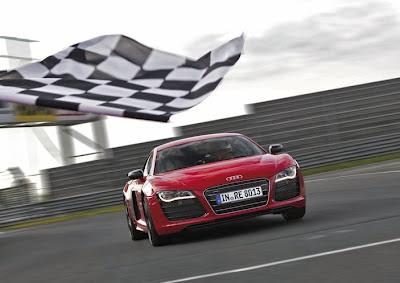 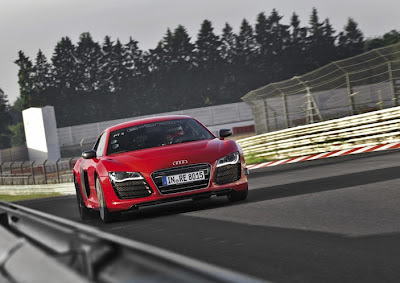 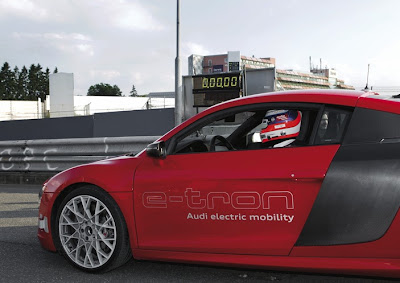 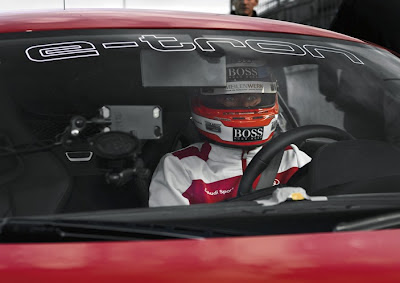 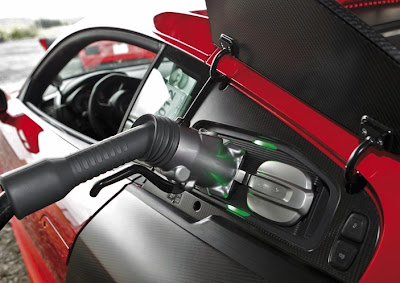 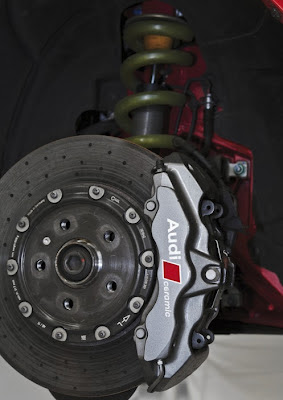 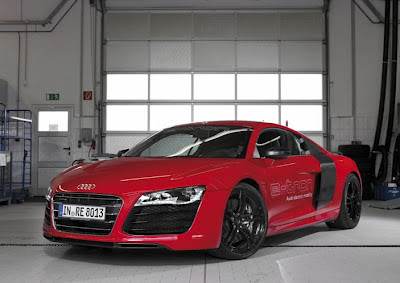 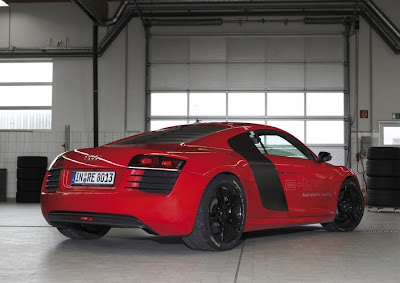 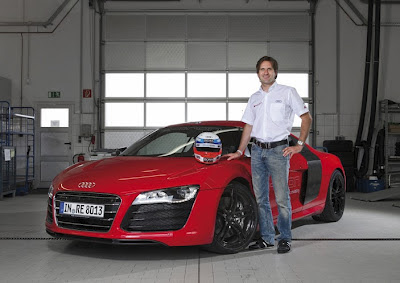 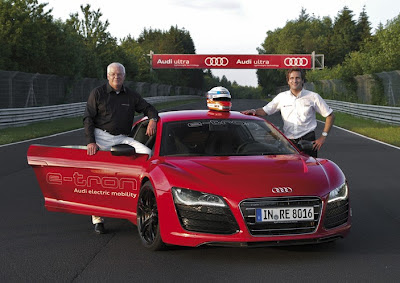 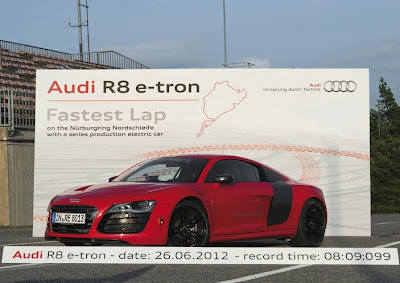 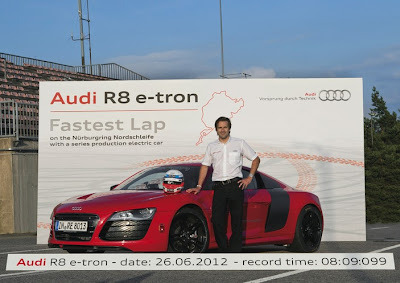 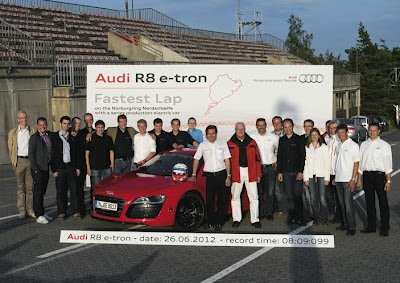