Yesterday two Silicon Valley area EV technology companies, Kleenspeed and Zero Motorcycles, took their “Research & Development” go-karts to a go-kart track and, uh, engaged in some competitive research.  It was billed as the E-Kart ScootOut 2011 with Kleenspeed’s name all over it, but that it was an “open forum” for any electric go-kart owner to come and race.  Kleenspeed themselves brought one kart, while the Zero team brought 5 (maybe 6) nearly identical karts.  It was a fun day, an impressive display of electric vehicle technology, all the more so because they broke the tracks speed record by a half second. 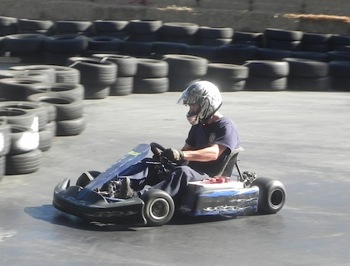 The event was held on a Monday afternoon and was organized as a time trial with one kart on the track at any one time. 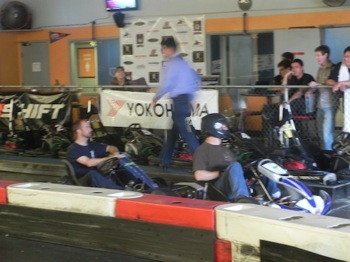 The Kleenspeed and Zero team members were setting lap speeds in the 34-36 second range, quite respectable.  However one of the Zero team members was especially good and even broke the lap speed record with a 32.8 (or so) seconds lap.  The track lap record ended up at 32.61 seconds when all was said and done. 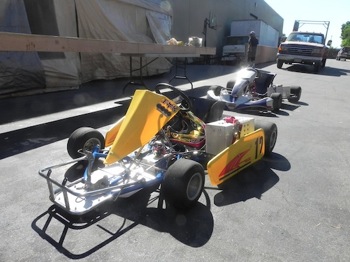 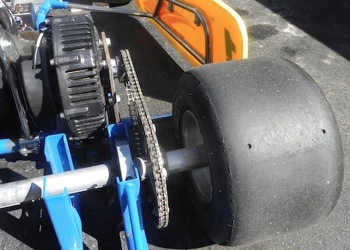 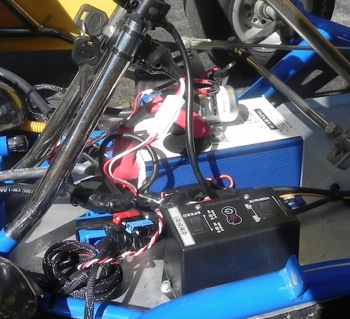 Zero’s karts were described as having been bought for cheap off craigslist, and then converted to electric using parts they had lying around the shop.  The karts all used PERM motors (Zero no longer sells bikes with PERM motors) and controllers from Alltrax as well as a box made by Zero to adjust high or low speed.  They of course used the battery packs they sell for the Zero X and MX electric motorcycles.  The look-and-feel was rather gritty, and lacking polish, mostly because their karts seem to have been built solely as “testbeds” for use around their R&D lab.  (uh huh, “test beds”, wink wink) 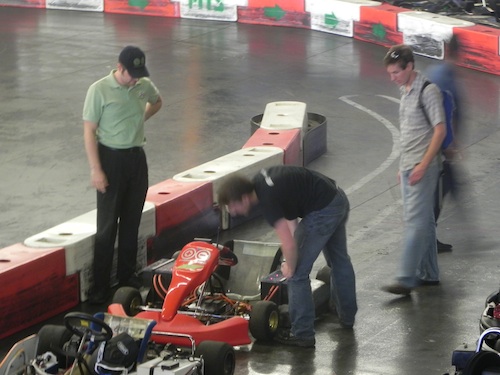 Kleenspeeds kart used an “AC 15” kit, which is an Leeson AC motor along with an Curtis Instruments AC controller.  The battery pack was filled by cells from GP Batteries, using Kleenspeed’s battery management system.

The first time out Kleenspeed’s CEO Tim Collins rode but he was having a hard time with having too much power on his hands.  He explained they’d set the kart up for the REFUEL event in June.  There had been an Autocross event the same day and they brought the Kart over to the Autocross track, and while the power level was correct for that autocross track it was too much for this smaller go-kart track with its tighter turns.  They next had a semi-pro racer take it around the track a few times, and also turned down the power, and he did much better. 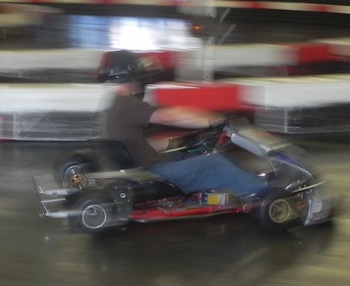 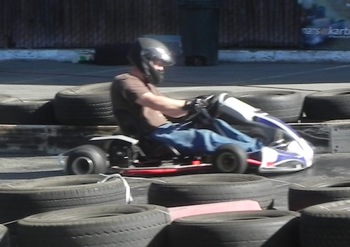 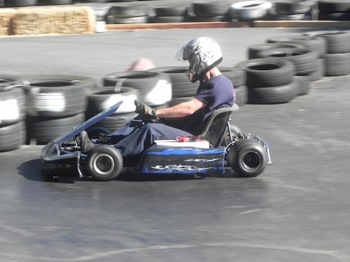 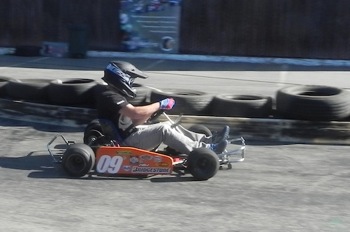 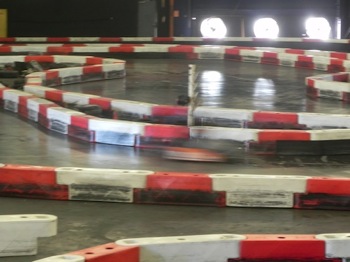 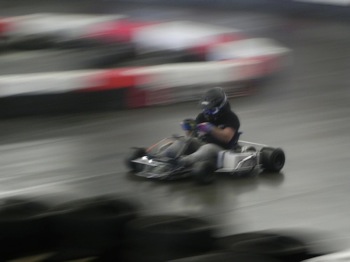 After both Kleenspeed and Zero teams were finished with their racing for the day, they let the track owner and one of the top record holders at the track give a go with the karts. 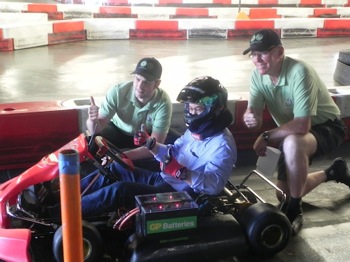 The track owner owner went out on the Kleenspeed kart and, despite its battery pack being pretty well depleted, he did a good job of tearing around the track electrically.  So good that he broke the record set earlier by one of the Zero team members.

After the track owner, one of the top racers in this club took out one of Zero’s karts.  He broke the track record again with a 32.61 speed.

The event showed several things.  Electric can beat gasoline on its home turf.  Electric is quieter (LeMans Karting is in an office parks and routinely gets noise complaints from the neighbors) allowing onlookers to talk with each other during a race.  It’s quite possible to have a lot of fun without burning things.

The organizers felt it was a successful day and are planning to hold more of these events.  They intend to make it open to any participant who wants to come, and have dreams of maybe one day widespread mainstream adoption of electric go-karting.

It’s unlikely we’ll see a Zero Motorcycles branded electric go-kart product any time, but who knows.  Kleenspeed on the other hand seems like a company desperately in need of sales and they might be looking to supply drive train components to go-karting tracks.